Dan vs. the Killer Bees 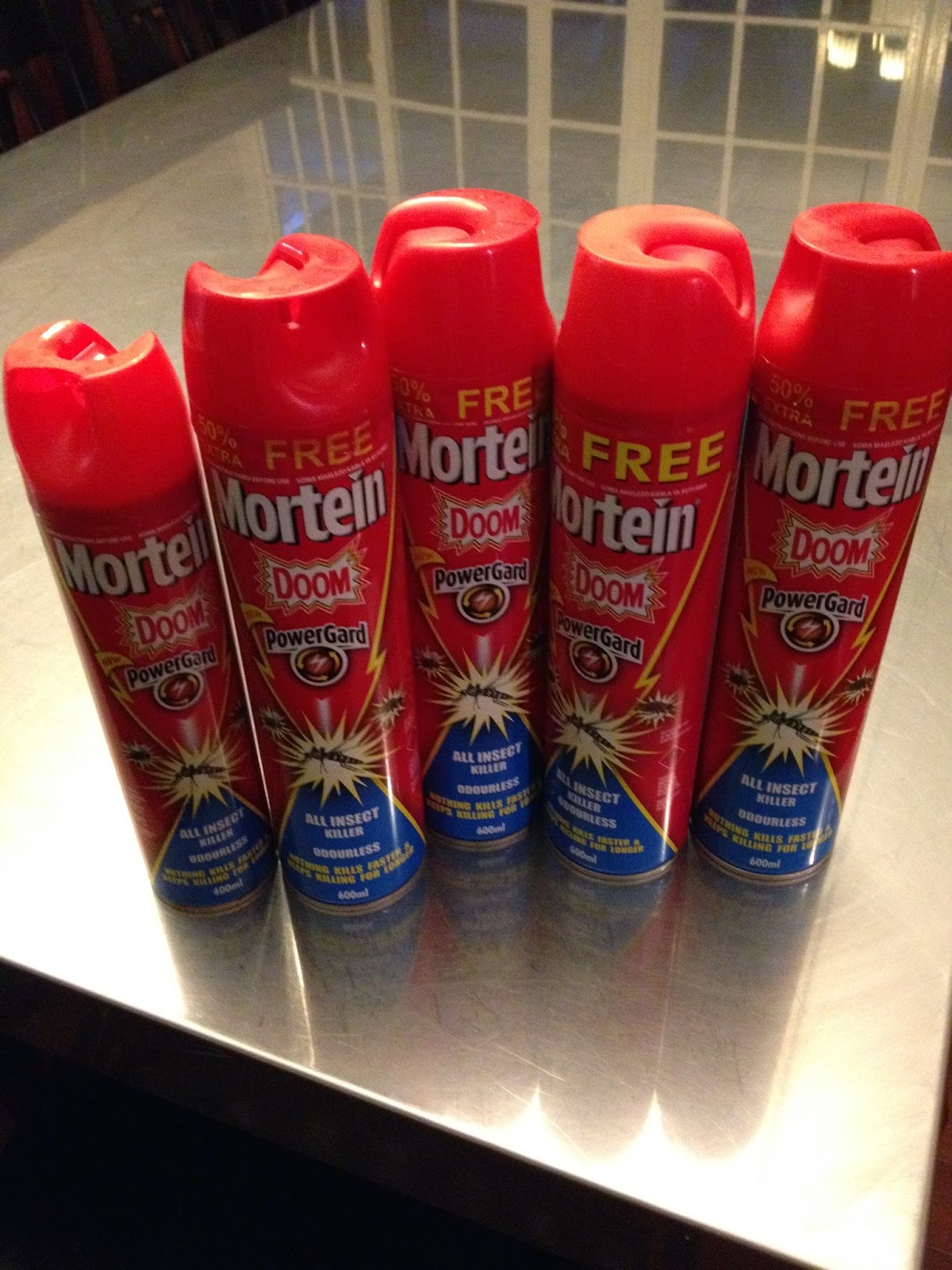 Mortein's Doom - "Nothing Kills Faster and Keeps Killing for Longer."  Hopefully, not me in the next few days. 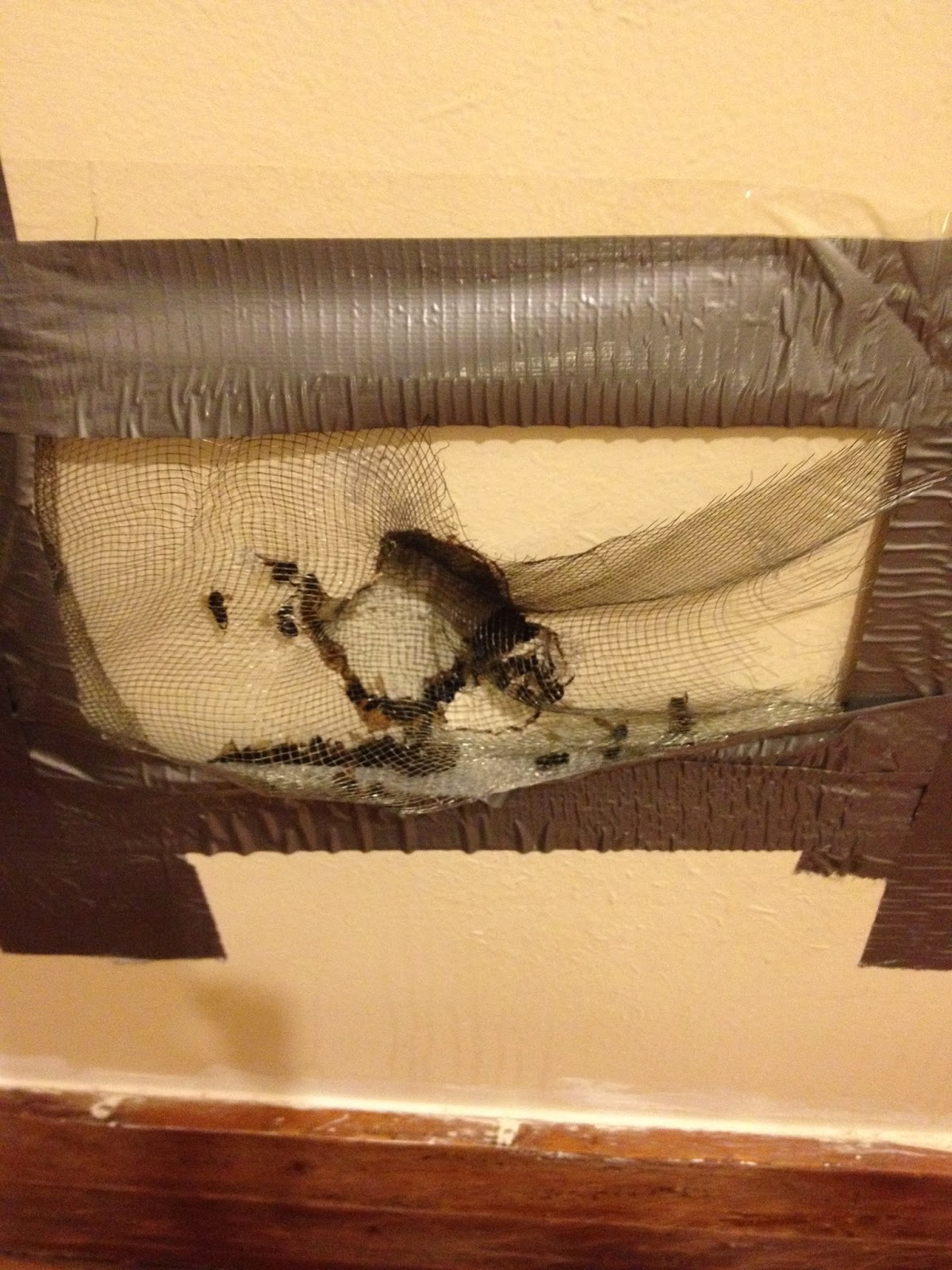 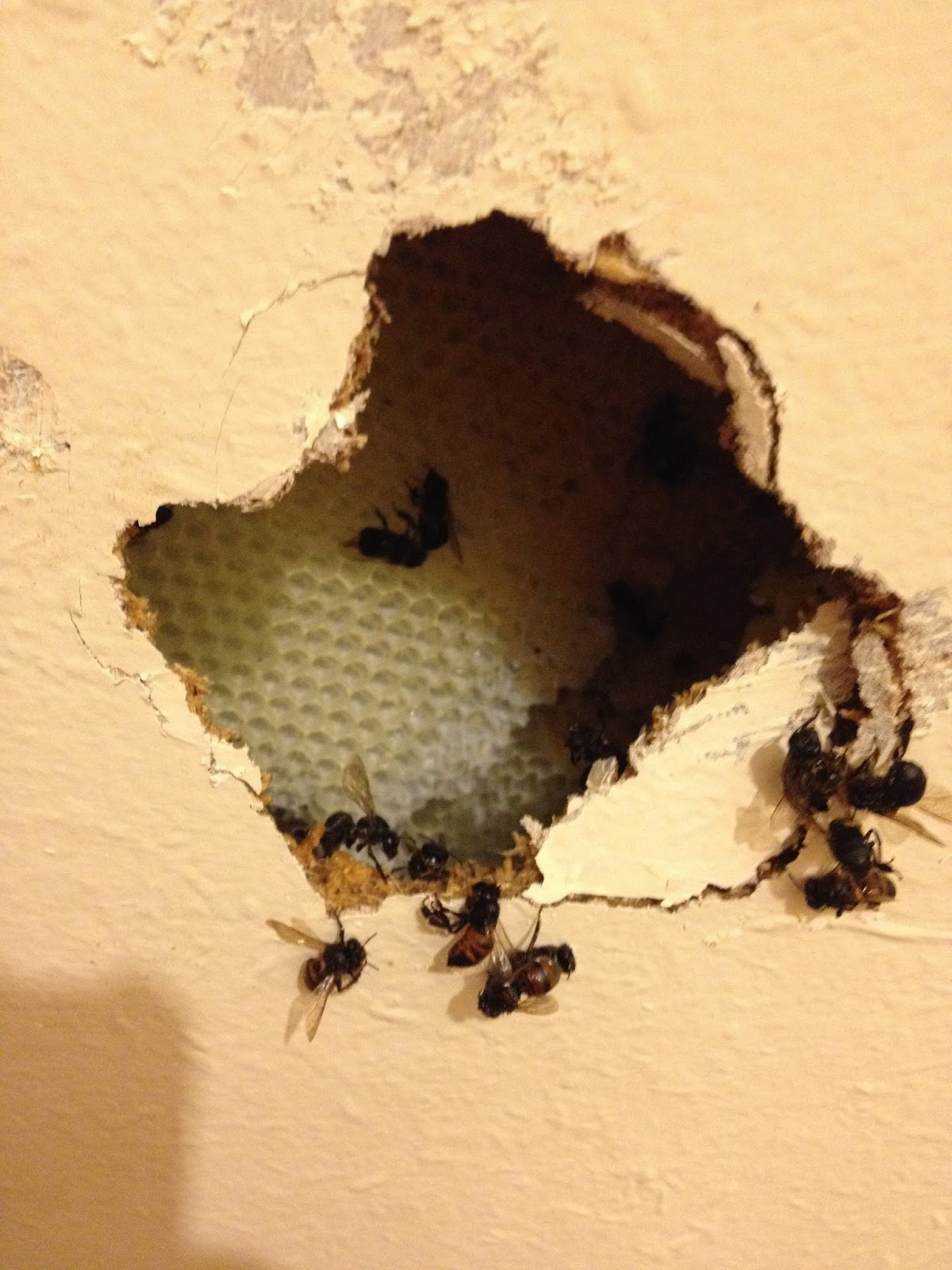 Right over the hive. 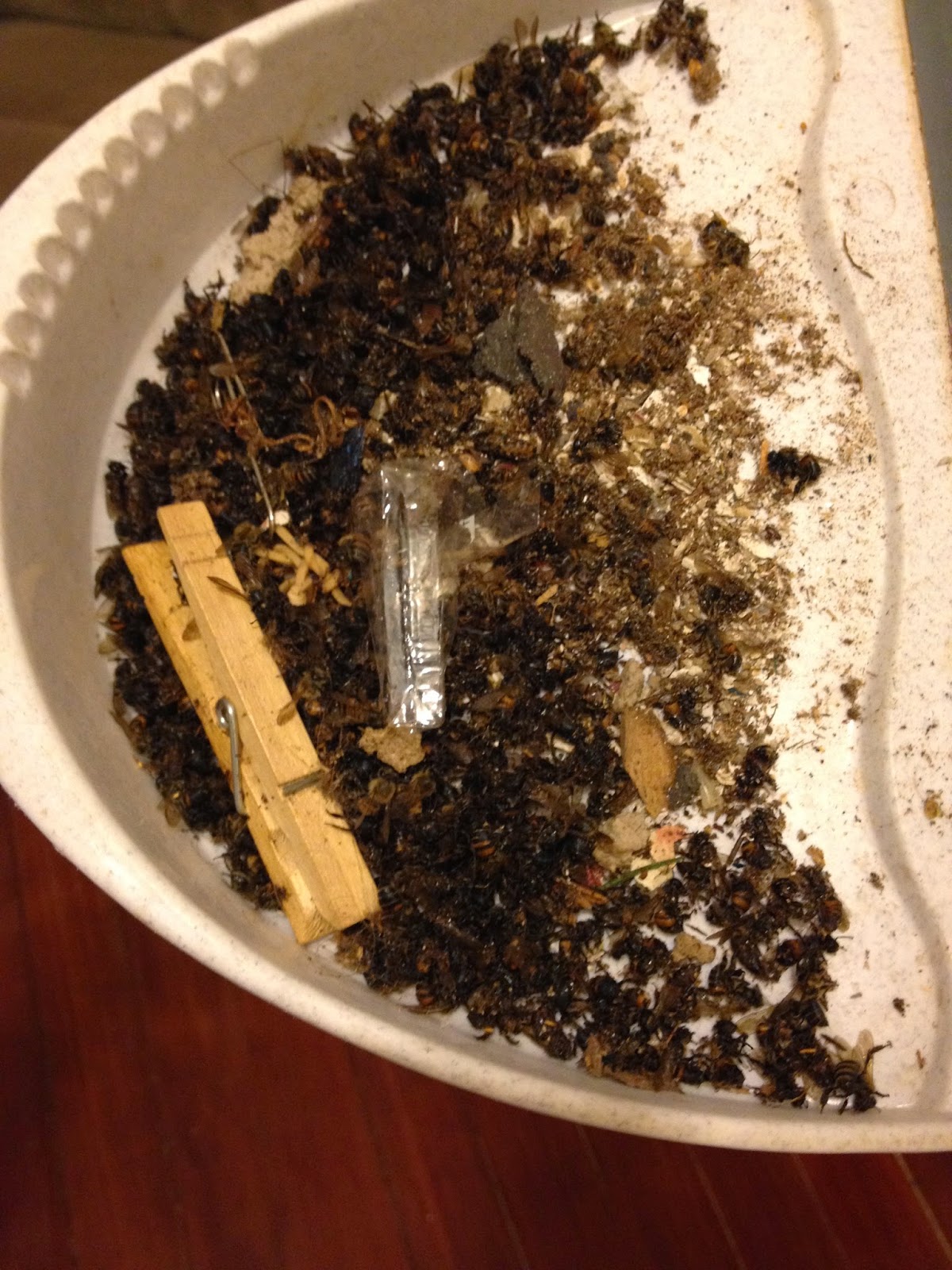 Part of the cleanup.

What better way to end a marathon call weekend at Tenwek, than to tackle the extermination of the massive killer bee hive multiplying in the north wall of our house.  I had noticed the swarm of bees leaving and entering the one-inch hole in our siding last week, and thought I would dispatch of it quickly using the Raid Wasp and Hornet Killer we brought from the U.S. for such an occasion.  However, despite unleashing an entire can into the hole (from the comfortable distance of 20 feet as advertised on the can), the environmentally-friendly, “green” active ingredients only served to moisten them a bit, and perhaps strengthened their resolve to continue the hive-building in this perfect, cloistered location.

So, today, I thought I should step it up a notch with some cans of Mortein’s “Doom,” the Kenyan kill-anything/everything insecticide present in every missionary household.  I am quite sure the active ingredient of this spray is banned in every other part of the world except East Africa.  Armed with a can in each hand, I thought I would start from the outside, and sprayed the death-cloud toward the entry point in the siding at a less comfortable distance of about 8 feet.  In my passion, I didn’t appreciate the swarm surrounding me, until a few of the dazed bees began to fly into me.  At this point, arms flailing, wide-eyed Kenyans watching, I ran to the back door spraying every which way, in an attempt to avoid getting stung.

Needing some “Doom” reinforcement cans, I went to our master closet, which happens to be right underneath the location of the hive.  When I opened the door, I was met with scores of angry bees, which had found their way into the closet, looking for anything to sting.  Getting the cans from the top shelf was no small challenge, but I managed to secure three more.  Failing with the direct frontal attack, I decided to flank them from the top, and preceded upstairs to our second level. Opening the upstairs window (which is set just a few feet above the outside entry hole), hanging out the window, I unleashed other two cans, completely unaware of the effect that the death-mist was having on me, until my nose began to copiously run, my eyes began to water, and I began to feel somewhat dizzy and nauseous.  Despite my own Doom-induced haze, I realized I could hear the loud buzzing of the bee-core in the north wall of the house, as the bees were attempting to ventilate the poison gas from their home.  I felt the wall where the buzzing was loudest, and noted a one-foot diameter area, which was peculiarly warm compared to the rest of the wall.  Finding this “honey-spot” so to speak, I formulated my final strategy.

I managed to find a piece of old screen from our building project, and I securely taped a rectangular section to the inside wall.  After taking a deep breath, a final can of Doom by my side, I proceeded to smash a hole in the wall with a hammer, and hit them right in the core, directly over their hive.  Protected by the screen, I released the remaining Doom right onto the massive honeycomb, and the buzzing slowly died down.  However, I knew that the battle has not yet over, as I was sure that many escaped into our master closet below.  Going back downstairs, I opened the closet door and was met by hundreds of Doom-crazed bees.  One by one, however, they dropped without a fight, many on the floor, many on the clothes, many on the shelves, writhing bees everywhere, and liquid-condensed Doom dripping from the ceiling.  The battle was over.   Not one sting.  The cleanup was not as glorious.
Posted by The Galat Family Kenya Update at 11:59 AM

Nice post. Now I know why it is taking so long for your house to get fixed. You are bashing in walls faster than they can rebuild them. I wondered why there is now honey being sold at the duca by your house.

I wondered which house you are living in. When we left Tenwek 24 years ago we still had a swarm in the attic. Made me wonder if it was the same one or just one a by product. Glad you weren't stung. Three children 3,5,7 inadvertantly knocked down a log hive someone had crated at Kabason when we were lin language school there. We had no epinephrine at the clinic. I had injectable Benadryl. When I got them to Tenwek the youngest had >600 stings, the 5 year old had 400 and the oldest who could run the fastest, had 200. The two younger children died from their massive envenomation. Yeah, Doom them whenever you can!

Incredible!! So glad your gang was not home for the bees or the Doom! Grateful, too, that you had not one sting!

I love the doom-filled haze... Even more appropriate at it happened post call.
Matt hicks