This week, I finalized the twelve surgical cases which were selected for my American Board of Orthopaedic Surgery (ABOS) part-2 oral certification exam, scheduled for July 24, 2018 at 6:30am at the Palmer House in downtown Chicago.  It all felt rather anti-climatic as I clicked the “submit” button around midnight on Thursday, after literally a 10 year process of waiting, trusting, and praying for the board to change it’s decades-old policy to allow me (and others) to “collect” cases while working overseas in missions settings (see When God’s Voice Thunders inMiraculous Ways).  Now, it all comes down to a three hour, grueling oral examination in which I will describe and defend these 12 cases, which were selected from a list of 120 that I did during a six-month period from April to September 2017.  In many ways, those six months were the most difficult of my career as an orthopaedic surgeon, as I felt continually pushed to the edge of my limitations, and had to manage complications which might not have occurred otherwise in a location without resource limitations.  The “strange and bizarre” cases at Kijabe, which differ so greatly from the “bread and butter” cases in the states, I’m sure, will raise a few eyebrows during my exam.

After 10 years practicing in rural Kenya, it almost feels as if the “strange and bizarre” has become my new “bread and butter.”  Just last week, I did a hemipelvectomy (amputation of the entire hindquarter, including part of the pelvis) on a sweet, 45-year-old lady with dediffentiated chrondrosarcoma of the hip, a case way out of my comfort zone (sorry, no pics on this one).  Working late into the night, tying off large pulsing arteries deep in the pelvis in this HIV+ patient, her blood soaked through my cloth gown down to my skin.  I fearfully wondered if I would now have to take the one-month course of PEP (post-exposure prophylaxis) required after exposure to HIV+ blood.  Thankfully, after consultation with the PEP specialist at Kijabe, that answer was “no,” as these medications are known (by personal experience from another exposure in which a general surgery resident decided to stick my finger with a needle) to cause you to feel as if you’ve gotten the flu after being thoroughly beaten with a lead pipe.

While I don’t have a hemipelvectomy on my list of 12, I still have some other challenging cases to defend, such as the patient who required an above knee amputation after her total knee replacement became infected with e. Coli, likely obtained at the local hospital she went to for “therapy” after discharge.   Her daughters later explained the conditions at this local hospital were entirely “unsanitary” and her wound left uncovered for days on end.  By the time she returned to Kijabe, her knee was draining copious pus, and she had developed a necrotizing-type fasciitis, which could not be controlled despite strong antibiotics and multiple trips to theatre.  Because I work in a resource-poor setting, other non-conventional techniques will need to be gingerly explained to the examiners, for instance, why I used a shorter plate here, or why I used a SIGN nail there.    Thankfully, though, all patients, whether complicated or not, did remarkably, even miraculously, well.

In the end, it is clear that God is sovereignly orchestrating all these events, from beginning to end, including the exact cases that were selected.  I’m praying this examination will be a testimony to many that God is at work around the world to bring glory to His name through orthopaedic medical missions.  Your fervent prayers are also appreciated during the final prep all the way up to the time of the actual exam.  Pray not only that I pass, but also that God would be glorified through the process, and that He would raise up others to follow a similar path so that PAACS orthopaedics can continue to expand (more on that later!).

Thanks for your ongoing prayers and support!


Posted by The Galat Family Kenya Update at 5:38 AM 11 comments: 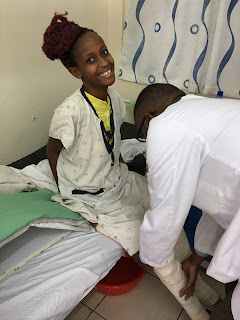 Beatrice hard at work doing PT after SIGN nailing of all 4 long bones of the lower extremities. 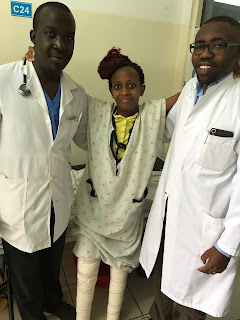 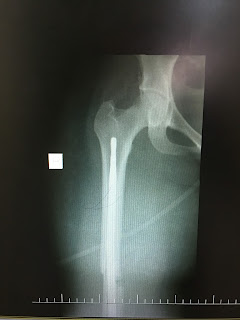 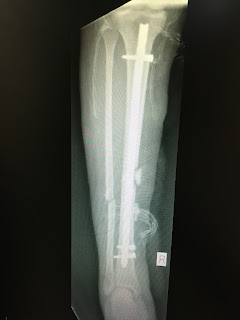 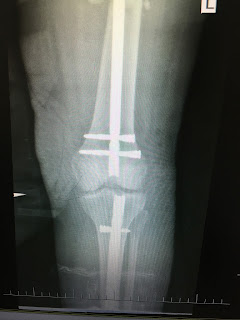 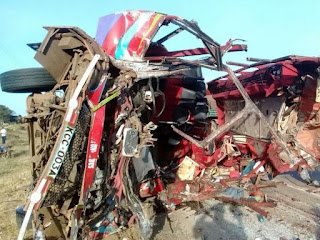 
Kenyans use the word “imagine” frequently after listening to a story that has an unfortunate or unbelievable outcome, but that which might be ironically typical for normal, daily life in this developing nation.  For example…Me: “I just waited in line at the Immigration Office in Nairobi for more than 3 hours!” Kenyan friend: “Imagine!” Or…Me: “The policeman who pulled me over for ‘speeding’ actually suggested I pay him a bribe.” Kenyan colleague: “Imagine!”  Or…me eating lunch at the hospital: “My beef stew is missing the beef.”  Response?  You guessed it.  The word, used in these contexts, carries with it a negative sense of “if only.”  If only things could be different.  If only there was hope for real and lasting change.

Now, imagine yourself traveling cross-country as the front passenger in a matatu (14-seat van used for the majority of public transportation in Kenya), over-stuffed with more than 22 people (a common illegal problem in Kenya), and over-speeding on the main highway in Kenya (two-lane road with on coming traffic).   Imagine your matutu driver operating recklessly, crazily passing large trucks in order to save time, all the while with passenger shouting at him to “slow down” and “take care!”  Now imagine that, while overtaking another vehicle, a large semi comes barreling directly towards you, and with nowhere to turn to the left or right.

This is all Beatrice remembers prior to waking up one week later in Kenyatta National Hospital, with all four large bones of both legs shattered, the only survivor in this horrific December 2017 road traffic accident, only one among many in which more than 200 Kenyans lost their lives during this normally festive, family-oriented, but travel-heavy and now infamous month.   She had been given minimal care at KNH, and still had fragments of bone protruding through the skin in her right thigh.  Desperate, without money to pay for her care, family members requested transfer to Kijabe, where Watsi, (an on-line crowd funding platform), and four donated SIGN nails fixed her broken legs.  Now, she is on the mend, beginning to walk not even a month after her injuries.  When telling Beatrice how fortunate she was to be alive and how amazing, unbelievable and God-ordained the events were which brought her to Kijabe for care, her response was “Imagine!”

So the word “imagine” can also be used positively to respond to a story in which the impossible breaks through in the midst of tragedy, and in the end, all is not lost, futile, hopeless, or ruined.  Here, the positive use of the word carries the sense of “Can you believe it!?”  This is the essence of the gospel.  Imagine!...when we were dead in sin, God made us alive in Christ (Eph. 2:1-10).  Imagine!...every tear will be wiped away, and there will be no more pain or death (Rev. 21:4).  Imagine!...Christ is preparing a place for us in heaven (John14:2-3).  God can do exceedingly, abundantly more than we can ask or imagine (Eph. 3:20)!  Real, lasting change is possible (1 Cor. 6:9)!  Because of Christ, the “if only” becomes the “can you believe it?"  Imagine!

Thanks for all your prayers and support!
Posted by The Galat Family Kenya Update at 2:22 AM 106 comments: