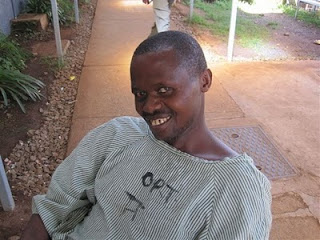 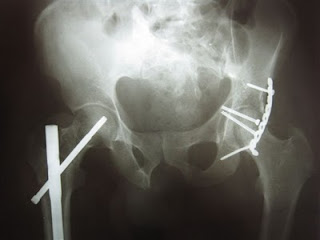 In all honesty, the continual barrage of road trauma that presents at Tenwek, often patients with multiple open fractures whose care is extremely challenging and labor intensive, stressing our already taxed resources, causes me, as a flesh and blood human, at times to feel some degree of animosity towards certain patients, especially those who cause the accidents, careless drivers, who by their lack of experience, judgment or scruples, put of the lives of many people in danger. Not uncommonly, I see drivers of boda bodas (motorcycle taxis), often 18 year old boys, carrying three passengers while talking on their cell phones, simultaneously looking over their shoulders at interesting roadside phenomenon. Just last week, two patients were admitted to the orthopedic ward with multiple complex fractures, the result of a boda boda accident in which the driver was trying to pass a matatu (van taxi) around a bend in the road. On my own, without renewal of strength from the LORD, physically, emotionally, and spiritually, events such as these can threaten to make the fleshly heart hardened.

Last month, I mentioned a patient “David,” the driver who stuffed 14 passengers into his mini-matatu (seats 5), which, not surprisingly, lost its brakes while going down a hill, causing a massive pre-Christmas Eve crash, resulting in multiple injuries, including the death of two people. David himself was badly injured, including an open knee fracture, femur fracture and hip fracture all on the right side, and a hip fracture-dislocation on the left side. At any other hospital, he would likely have been left in traction for several months…and likely have remained a cripple, unable to walk for the rest of his life. But, at Tenwek, because God has blessed us with the resources to help patients such as David, after several surgeries, he is now able to stand without pain, and soon will be able to walk again. His physical recovery has been nothing short of a miracle. But God’s purposes in David’s life were well beyond the physical.

While rounding on David, I could sense a certain amount of guilt associated with his accident, although mixed with a denial that, at times, caused me to want to shake him and shout, “Do you realize what you have done!?!” Currently, we have a “super-chaplain” on our service, Helen Tangus, who faithfully and daily “rounds” on our orthopedic patients. I pulled her aside one day and asked her to “work” especially on David, and she said “Of course, Daktari, I have been reading scripture and praying with him daily.” Over the next several days, David’s countenance was notably different, a change which could only be the result of a person who had found forgiveness with his Savior, and perhaps with himself as well, a fact Helen later confirmed.

What amazes me is that God is always at work at Tenwek, and in all our lives, even in circumstances which, to us, seem purposeless or random. And His ultimate purpose is to work forgiveness into our lives, made possible only through the death of His Son on the cross…forgiveness which reconciles us to God, and us to one another…forgiveness which frees our conscience from guilt…and forgiveness that allows this simple orthopedic surgeon to see his own need for a Savior, and continue with our family’s calling to alleviate a little suffering in this small part of the world. Thank you for your ongoing support and prayers for our family, and for our patients that we care for in Kenya. We appreciate you!!

Eph. 1:7-8 In him we have redemption through his blood, the forgiveness of sins, in accordance with the riches of God's grace that he lavished on us with all wisdom and understanding.
Col. 3:13 Bear with each other and forgive whatever grievances you may have against one another. Forgive as the Lord forgave you.
Posted by The Galat Family Kenya Update at 5:14 AM

Thank you for followup on David. We had prayed for you and him in the earlier post. I see from the xrays you probably would make a good carpenter .
Keep up the good work. Continuing to pray for you and yours.
In Christ
McCutcheon's in Guatemala

Praise God for both physical and spiritual healing!

Anna Maggie Maurer (in the 4th grade and 10 years old now) thinks about, prays for, and even tears up missing both Emma & Daci . . . . we need to set a skype date some day; I think she would love it!

Praying for you all!