New Family Addition and Other News 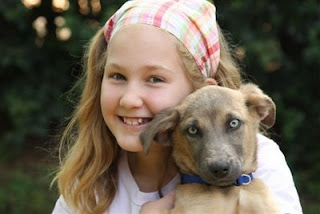 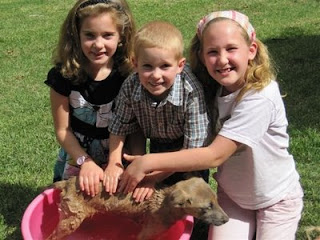 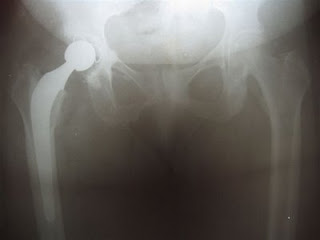 New Family Addition
Poor Emma has been begging for a dog since she was 4 years old. Her persistent requests have always been met with my standard, deflecting answer: “Keep praying and asking God for the right dog.” Well, it seems as if God heard Emma’s prayers, and at the same time, desired to teach me a lesson in giving pat answers. On Sunday, we brought home “Samson,” an extremely malnourished, flea-infested, and likely mistreated puppy, from one of the local orphanages. After three baths and several flea-dips he is finally cleaned up, and becoming more animated every day (from much love and attention). He is actually pretty smart, and as an outside dog, already knows to do his business in one area of the grass! Things with the other Emma (the White’s boxer dog who officially rules the Tenwek compound) are not so hot, however. Just today, dog Emma went directly to this “area” and overrode his business with her own. She’s the boss.

Total Hip Replacement at Tenwek
Last Monday, the first total hip arthroplasty with Kenyan obtained components was performed at Tenwek. Thanks again to Keith Braun who was here to offer moral support, and sweat with me as I cemented in the acetabular component (the plastic socket). The patient has done very well and now is up and about with minimal pain in her hip. We thank God for his incredible faithfulness and favor in allowing us to offer this service for patients at Tenwek.

Prosthetic Limbs at Tenwek
God continues to bring the right people at the right time. Allen Dolberry, a prosthetist (person specializing in the manufacture and fitting of artificial limbs) and his wife Kim, have been at Tenwek for the past month using their skills to serve the poor. Amputations are viewed as a death sentence in Kenya because of the lack of ability to fit prosthetic legs. During the last four weeks, Allen has custom-manufactured and expertly fitted 22 legs so that people without hope can walk again. It is amazing to see people take steps for the first time in years!!

Posted by The Galat Family Kenya Update at 6:09 AM

Amelia likes your new Dog Sampson! She wonders why Dad changed his mind about getting a dog? Enjoying your blog! Miss you guys.

I am so excited for you to have your own dog! I love seeing your beautiful smiling face again. I remember you so fondly!! Keep praying and believing in God. He does answer prayers. He loves you and so do I!
Mrs. Holter, your Sunday School music teacher from Autumn Ridge

Dan,
I don't know if you remember me from adv. bio in Mr. Mitchell's class way back in Lex HS. Who would have ever imagined back then that you'd be doing hip replacements in Kenya!? It's awesome work! Kelly Yunker told me about your website...you have a beautiful family & a cute new dog too! Glad you're doing well!
Take care,
Roxanne Owens Kennedy