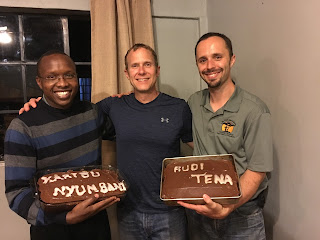 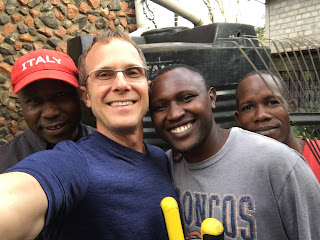 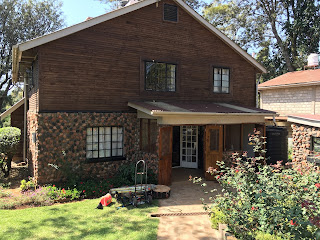 Our home at Tenwek which we newly remodeled.   We are thankful that our friends, Will and Alisa Copeland (neurosurgery) will be living in it for the next two years. 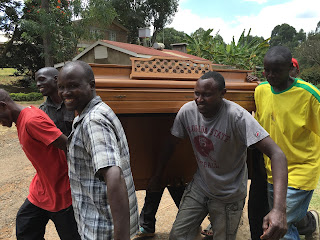 The heaviest item - an old piano which was given to us when we packed our container in 2013. 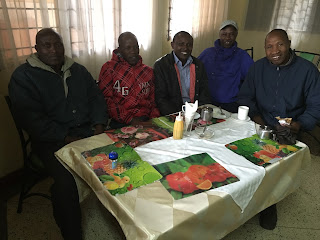 The core crew gathering strength for the move...sausages, chapati, samosas and chai...breakfast of champions. 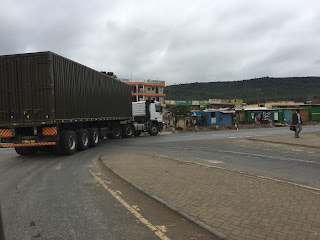 Moving in Africa was quite the experience...despite the potholes and last 8 km of bumpy dirt roads, only one item broke during the process...a single coffee mug! Check out the video Dean Cowles made of the move! 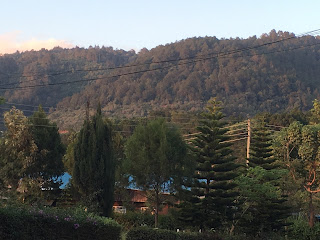 Kijabe means "place of the wind." 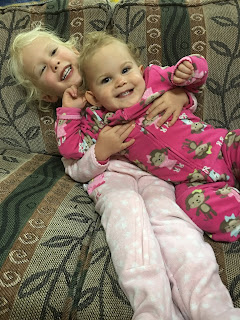 Not only is it windy, but cold here as well.  Josie and Jane both wear double sleepers at night. 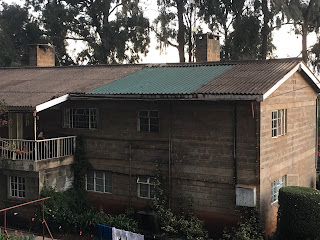 Kingfisher, the apartment at Kijabe. We now know why God placed us here originally...so we would have a place of stability for our little girls during the chaos of packing and unpacking. 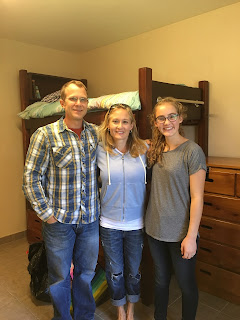 We also placed Claire and Levi temporarily in the dorms at RVA while we made this transition. 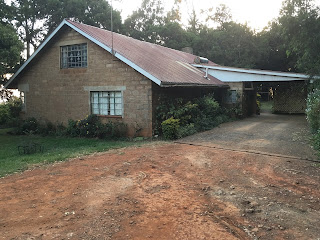 Sand Grouse, our new house at Kijabe.  6 bedrooms and fully adequate for our family (and visitors!). 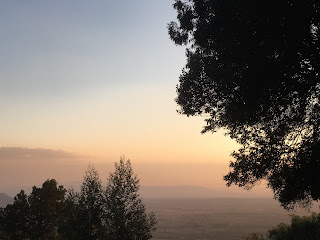 The view of the Great Rift Valley from our living room. 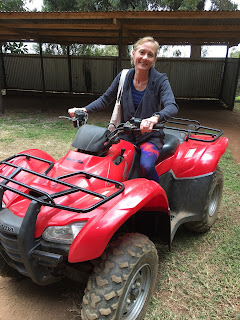 The quad which we imported in our container in 2013 has been HUGELY useful here at Kijabe.

Last week, our family moved from Tenwek to Kijabe, (our 21st move since Heather and I were married in 1995).  By far, this was our most challenging, not just because of the logistics of planning and executing a household move in Africa, but because we said goodbye to the place we poured our hearts and lives into the past 7+ years since first arriving in 2008.  And the tears flowed freely last week, as God allowed us to feel deeply the grief of loss as we said goodbye to our dear fellow missionary and Kenyan friends, and the place our kids called “home.”

At the same time, we sensed God’s mighty hand of sovereign direction, despite moments of severe doubt, wondering if we had made the right decision for our family.   When we first arrived at Kijabe, the apartment to which we were assigned (called Kingfisher) had black mold growing on the ceiling tiles, and within a few minutes of being inside, Claire, Levi and I all experienced significant allergic reactions.  We knew that we were not going to be able stay long term in this house, so we asked Kijabe if anything else was available.  As housing is in short demand at both Tenwek and Kijabe, they confirmed that Kingfisher was it.

The following day, while visiting the Smith family (with whom Claire lived while she was at RVA for her 8th grade year), we met the Smith kids’ grandparents, Mike and Rose Matlak who were visiting from the states.  Dr. Mike is a pediatric surgeon who has worked at Kijabe several times over the years, and was instrumental in starting the peds surgery program here.  Ironically (sovereignly), 20 years ago, while Heather and I were living at Trinity Evangelical Divinity School, when Jeremiah was just a baby, we had Mike and Rose over for dinner (long story), and Mike was very instrumental in convincing me to pursue a career in medicine.

After sharing with Rose about our situation with housing, she mentioned that she knew of a house at the nearby Moffat Bible College that might be available to rent.  “It’s very near the Smith’s house, and has 6 bedrooms,” she said.  “It would be just perfect for your family.”  Excitedly, I contacted the housing administrator from Moffat, but she informed me that it would not likely be available, as another missionary family (also friends of ours) were currently renting the house (called Sand Grouse) for a few weeks while getting their three children in boarding school at RVA.  Steve and Sharon were preparing to return to their place of ministry in Central African Republic and were debating whether to continue renting the house into the future, as a ‘home base’ for their family and for other team members with them in CAR.

About a week later, while attending new student/parent orientation at RVA, we saw the Steve and Sharon, and they informed Heather and I that they had decided not to rent the house, and later that day, the Moffat housing administrator called to let us know that the house was ours until July, 2017.  However, because the house was completely unfurnished, we would need to move our entire household from Tenwek, a task that seemed completely impossible to us, especially with two little girls at home who require full-time attention.   But with the help of faithful Kenyan friends and missionary colleagues who sacrificed time and effort to help in the process, it couldn’t have gone more smoothly.

So now, Heather and I are in the process of setting up our 21st home.  While we are excited to see what God has in store for us as a family here at Kijabe, we also carry with us a feeling of sorrow, and more deeply, a longing for our unchangeable, eternal home, which awaits us in heaven.  We are convinced that this paradoxical bitter-sweetness is part of following Christ.  God never promised any of us that a life of faith would be without pain.  But, there is a reward that awaits us now, and in the end, as we continue in faith - that reward being Jesus Christ himself, our Greatest Treasure, our constant Companion and Friend, our Savior and God, our only Hope.
Posted by The Galat Family Kenya Update at 12:35 PM