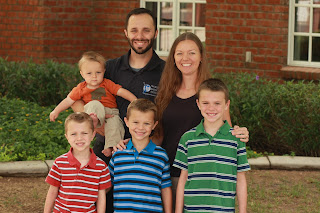 The Nugent Family: Dr. Dylan and Jessica and their four boys, Eugene, Darby, Asher and Tobey 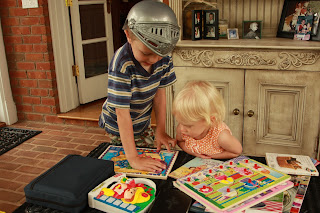 Josie was enamored with Asher, although it was not reciprocated.  "Stop looking at my puzzle." 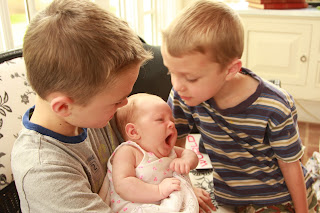 Jane was a hit. 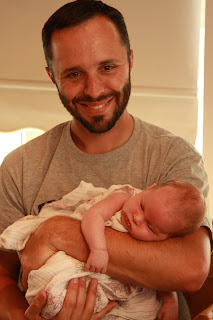 Dylan is a self-proclaimed "baby whisperer."  Actually, he is... 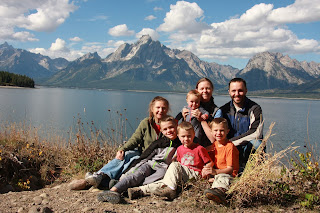 During their tour of the western U.S. 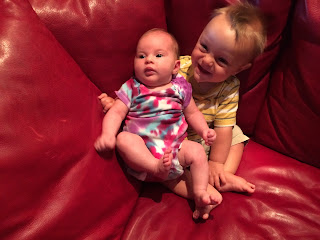 Tobey and Jane.  Is it culturally appropriate in the U.S. to still arrange a marriage?

In February 2013, I received a random email from a 3rd year orthopaedic resident from the University of Florida in Jacksonville whom I had never met.  The email entitled “The Road to Medical Missions” from Dr. Dylan Nugent, explained that, through a series of interesting events, his wife Jessica found our blog and together they read through it in the evenings.  They were amazed at the similarities between our families, and Dylan conveyed how God had been developing their sense of calling to medical missions.  Long story short, that initial email led to phone calls, meetings, and finally a 1-month visit to Tenwek in October 2013.  During that time, God fully confirmed Dylan and Jessica’s call to long-term orthopaedic missions with us at Tenwek.  Dylan recently finished his residency training, passed part 1 of the Boards, and they are now in their final preparations to leave for Tenwek next month under a dual appointment with World Gospel Mission and Samaritan’s Purse.

Please pray for the Nugent’s as they pack, say their goodbyes and leave for Kenya on November 16th.   Pray for grace to adjust to a new culture, a new practice, a new home (essentially, a new life) and that God would preserve them for many years to come!

Ephesians 3:20-21: “Now to him who is able to do far more abundantly than all that we ask or think, according to the power at work within us, to him be glory in the church and in Christ Jesus throughout all generations, forever and ever. Amen”

Posted by The Galat Family Kenya Update at 3:22 PM

Praising God with you!!